A Letter from Padova
It truly was a wonderful meeting in Padova/Abano Terme, Italy – the XI International Symposium on Audiological Medicine. For a few days in October audilogical physicians from all over the world met together with other professionals within the field of audiology. Freely exchanging views and ideas. We listened to world leading scientists in the field while enjoying the hospitality of the president of the congress Professor Edoardo Arslan. The huge amount of work and effort made by the conference secretariat consisting of Elisabetta Genovesa and Rosamaria Santarelli together with Mario Sbalchiero was obvious to every participant.

Executive Committee election
During these days the Executive Committee of the IAPA also met to discuss new items of importance together with items previously on the agenda. On October 15th the General Assembly of IAPA was summonded for a business meeting. At this meeting a new Executive Committee was elected. The President, Dafydd Stephens and the Honorary Secretary, Karin Schorn stepped down after years of service to the Association. The meeting agreed to the president’s proposal to add Tapani Jauhiainen to the list of honorary members of IAPA.
The new IAPA Executive Committee now consists of José Juan Barajas de Prat as elected President, Agnete Parvin as Vice-president, Bo Walter as Honorary Treasurer and Konrád S Konrádsson as elected Honorary Secretary. The General Assembly aslo agreed to include Mariola Sliwinska and Past-President Dafydd Stephens as co-opted members of the Committee.

Next symposium in Thessalonica June 2004 – Childhood Deafness
The planning of future International Symposia was the subject of heated discussions during the business meeting. After a voting procedure it was agreed that there will be an interim IAPA symposium June 10-14th 2004 in Thessalonica, Greece, to be organized by A. Psifidis. The main subject of the meeting will be Childhood deafness in the Mediterranean and Black Sea countries.

The XII Symposium in Lyon February 2005
The XII International IAPA Symposium is to be held in early 2005 in Lyon, France, and hosted by Lionel Collet. The three main subjects of the symposium will be: Auditory and non-audiotory benefits from hearing aids. Assessment and management of the non-communicating child with Valerie Newton as moderator. The General Assembly agreed that the third main subject would include pharmacologiacal treatment of inner ear disorders and proposed Rene Pujol as moderator. In 2006 there will be the XIII International IAPA Symposium in Mexico, with P. Berruecos as the organizer.

The future of audiological medicine
The future of the medical speciality of Audiological Medicine within the European Union was discussed within the Executive Committee as well as during the business meeting. At the closing ceremony of the symposium there was also a round table discussion with participants representing audiological medicine, phoniatrics and otolaryngology.
During the round table Willy Wellens informed that within the EU the EUMS will soon propose a eduction of the number of recognized medical specialities. The speciality of otolaryngology will remain but the future of audiological medicine and phoniatrics is obscure. This merge of audiology and phoniatrics into on speciality is already confirmed in Italy as well as Poland. In other European countries – such as Sweden and Denmark – there seems o be limited support for joining forces. To improve the knowledge in audiology among phoniatricians and vise versa it was agreed that both specialities should include elements of the other speciality in future conferences and symposia. The first joint venture will be at the conference Around Dysphagia, Dysarthria – Disphonia to be held in Toulose, France, in October 2003, where there will be an audiological session organised by IAPA. The interim IAPA symposium in Halkidiki, Greece, will similarly include elements of phoniatrics.

A new journal
The Editor-in-chief Alessandro Martini and the Managing Editor Valerie Newton informed the meeting of the new journal – Audiological Medicine, International forum of hearing, balance and communication disorders. The journal is the property of the IAPA and to be published by Taylor and Francis. In 2003 the journal will consist of four issues, two regular and two special isses a year. The reglar issues will contain scientific research papers as well as basic science reviews, editorials, case studies, historical, technical and pathological notes, book reviews. The IAPA Bulletin will aslo be published in the journal.
The special issues will be monographs with future topics of genetics, tinnitus, inner ear pharmacology and plasticity. The oto-neurological topics include the evaluation of children, head trauma and the standardization of vestibular tests.
The Committee encourages the IAPA memberss to make every effort to increase the ciculation of the journal. Audiological Medicine has been selected as the official journal of the Italian Audiological Society. At the General Assembly Pietro Berruecos proposed a similar link to the Pan-American Audiological Society.

A new textbook
A Textbook of Audiological Medicine, edited by Linda Luxon, Joseph Furman, Alessandro Martini, Dafydd Stephens is soon to be available from the publisher Taylor and Francis (ISBN: 190865347). The book is 972 pages and lavishly illustrated. The normal price is GBP 150, but all IAPA members can buy the book directly from the publisher at a reduced price (20% discount) for the sum of GBP 120, including postage.

Revision of the constitution
The ongoing revision of the constitution of the IAPA was also discussed. The name fo the journal is to be changen to Audiological Medicine. The names as well as role and selection of the national representatives remain unclear to the Committee and need to be specified in the constitution. It was agreed that IAPA will ratify or authorize national and/or international courses within the field of Audiological Medicine. The rules and regulations for such authorization need to be specified by the Committee and presented to the next General Assembly in Lyon 2005. 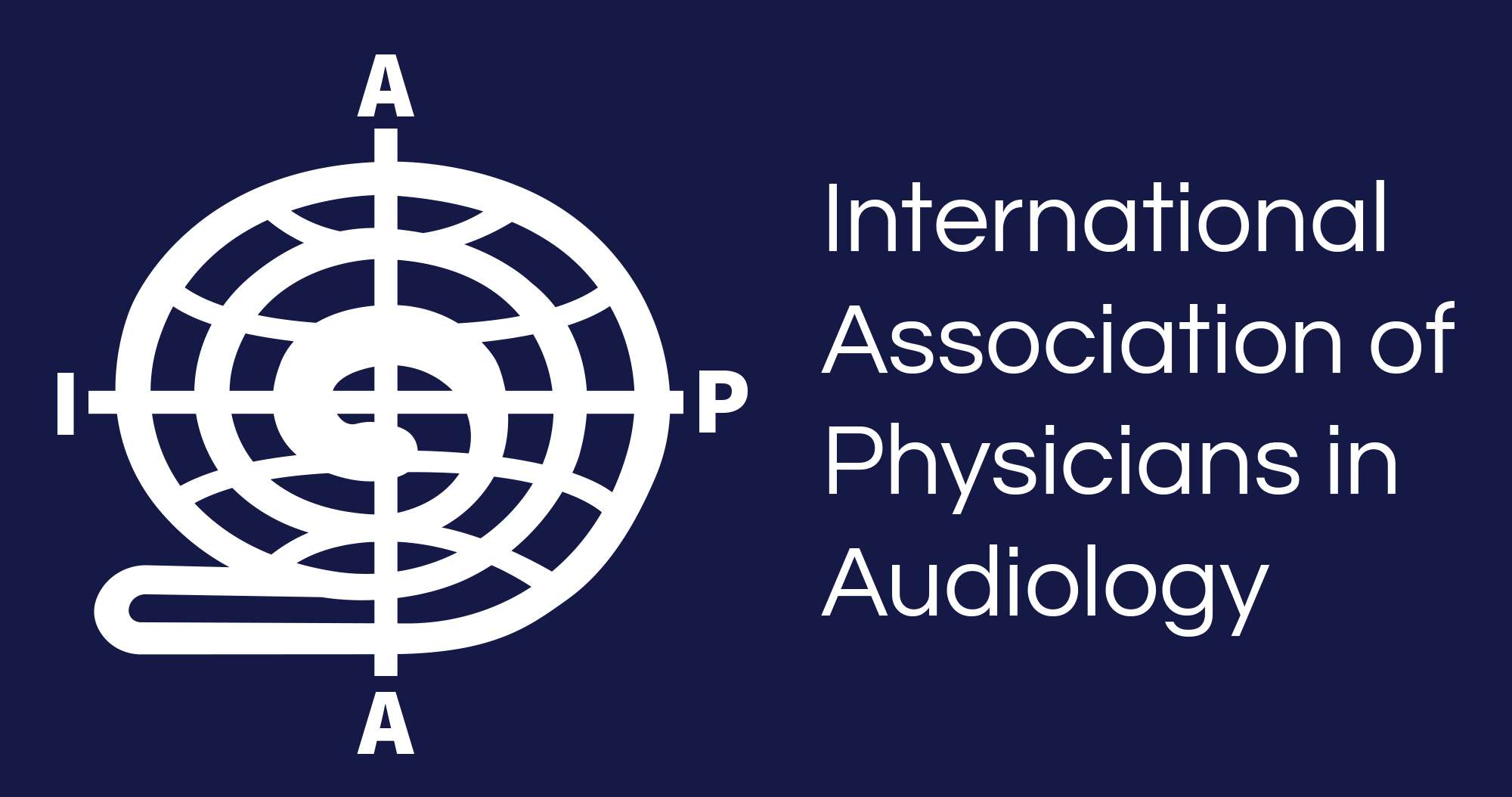 Fill in your details and expect a reply shortly.

Membership is open to all medically qualified professionals working in the field of audiovestibular medicine.

When ordering the textbook, please tick the box on the form below and you will receive an invoice from the publisher after your application has been processed.

Complete the two-stage form below.

Membership is open to all medically qualified professionals working in the field of audiovestibular medicine.

When ordering the textbook, please tick the box on the form below and you will receive an invoice from the publisher after your application has been processed.

Complete the two-stage form below.